This Saturday was spent doing two things that I never anticipated I’d spend a Saturday doing–checking on honeybees and picking wild blackberries. Granted, I sat in my lovely air-conditioned car, safely ensconced in layers of glass and metal, while the bees were given a quick once over by my husband and his friend.

I did, however, spend the better part of two hours walking around a pasture picking berries for friends. Now, I can tell you that the Georgia sun was not cooperating the day I did this, and I had more in common with a piece of wilted lettuce than I did a human being by the end of the little romp. However, the time was well spent. We had three large containers of berries by afternoon’s end, and picking them gave me time to let my brain slow down and actually mull over a few things that might not otherwise get air time.

First off, I have to be honest and admit that I’m not a naturally good harvester. For example, I was much slower than my husband, and if our being paid were dependant on the amount I brought in over the course of a day, well, let’s just say he and I wouldn’t have to worry about our daily calorie intake. We couldn’t afford to eat! As the afternoon progressed, however, I did become faster at both spotting the right ones and getting them in my pail. As my berry picking prowess manifested itself, my brain became less focused on the task at hand and began waxing philosophic about the possible symbolic meanings I could learn from it.

Too often, we all go through life in “Lather. Rinse. Repeat.” mode, doing the same things over and over again without thinking about why, missing out on little unexpected joys and opportunities, and generally forgetting to live rather than simply exist. That’s not the way it’s supposed to be for a passel of reasons, the most important of which is our need to be sensitive to Christ’s call in our lives. For example, people always tell me, “God told me to pray for you” or “Jesus put the need to speak to this man on my heart.” These spiritual revelations often made me feel like something might be wrong with my salvation because I was not getting messages directly from the Almighty.

However, the trouble wasn’t that I wasn’t getting messages, it was that I wasn’t prepared to hear them properly. I was not spending enough time in God’s word or in prayer learning how to listen and to make myself more sensitive to His call. Once I started doing those two things, I started to feel His leading in my life and be more cognizant of His will. Granted, I haven’t spoken to a burning bush yet or woken to find dew on everything but the fleece left out on the ground overnight, but I am beginning to understand what it means to have an open line of communication.

Picking those blackberries reminded me of this fact. If I stared at the bushes, which were really just scrub brush with wild vines containing the berries wound throughout, I would only see them as a whole, the ripe and the unripe growing there together. I was tempted to walk away from a patch thinking, There’s nothing worth harvesting there. When I did, I walked away from all sorts of good fruit that I could have picked. This is much like the opportunities God  sends our way. If we aren’t prepared to see them continually, we’ll simply walk right by them without so much as a passing thought. That’s not His fault; it’s ours for not being sensitive to what is placed before us.

It was difficult for me to see standing upright; however, when I hunkered down eye level with the bush, I began to get a better look at what was truly there. I was able to see through the outer layers of the brambles and through to the center where many of the juiciest berries were growing. They’d been there all along, but I had failed to see because I was looking at them the wrong way.

That’s why I think that sometimes a change in perspective is sometimes all we need to be better servants. Looking at difficulties as punishment or as a blockade God has thrown up to thwart my plans only hinders my understanding. Instead, I need to view everything God sends my way as an opportunity for growth and spiritual development. Again, God does not change; my understanding of Him does once I tweak how I view a given situation.

Even when I was focused on each blackberry shrub intently, really seeing it instead of looking through it or ignoring it altogether, it was still sometimes difficult to find the fruit worth reaching in for. Still more focus was called for on my part to discern between the darker, ripe berries and the ones that were still in the process. I also had to be able to see the difference between those that were ready and those that had passed their prime and were either dried up on the vine or so ripe to bursting that they would explode between my fingers when I gave them a stiff tug.

Also, the more I saw, the more I began to find in each patch, many of them sweet and delicious. I simply couldn’t help but see them. I couldn’t help but think it was the same sensation countless mall denizens felt the first time the three-dimensional image popped out of the posters they used to sell in kiosks. I say “I think” because I never saw anything myself due to the fact I actually have little to no depth perception. Wonky, I know.

The same is true of me spiritually. I have a bad habit of “powering down” when I’m tired or stressed. I handle only what is in front of me, what must be dealt with and leave the remainder for another day. However, sometimes God needs us to do something for Him immediately. The person who needs an encouraging word can’t wait until I feel up to it. A family dealing with grief or with financial hardship, well, their needs are more pressing and important than my desire for a clean apartment or a finished to do list. After all, when God tells us “Go” or “Do,” our reply should never be, “Sure, but only when I have a minute.”

Time is of the essence for both types of harvesting. While picking, I saw many blackberries still hanging from their vines, desiccated and withered as mummies. I couldn’t help but think what a shame it was that something like that could go to waste, but that’s what we do with many of the blessings God grants us. We never take hold of them and put them to good use. We miss out on the opportunity to bless others, to be blessed ourselves, and to please Him. John Greenleaf Whittier once said, “For all sad words of tongue and pen, the saddest are these, ‘It might have been.'” How true those words are, especially when it comes to matters of eternity!

Perhaps some people never get started because they feel harvesting is too painful or costly. In fact, that day, the thorns pierced my hands and feet when I reached in the bushes or stepped around them carelessly. The heat of the day took its toll on me as well, and I spent quite a lot of  time harvesting that could have been spent elsewhere (preferably inside with a cool glass of water and a good book!) However, people have enjoyed the fruits of my labor (no pun intended), and that’s been well worth it. So, in a way, those people I mentioned earlier are correct. Service to God may come with a personal cost, but how does anything we might miss out on here compare to growing closer to the Lord through following His guidance?

In short, I want nothing more than to hear the words, “Well done, good and faithful servant” when I stand before the Almighty in heaven. After all, His goals and plans for me are already made; I just have to be willing to find them and to bring them to fruition in His time.

“Then He said to His disciples, ‘The harvest truly is plentiful, but the laborers are few.’ Therefore pray the Lord of the harvest to send out laborers into His harvest.” (Matthew 9:37-38) 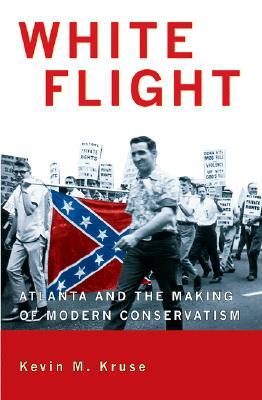