I’m married to a nature boy, and I’m not talking about Ric Flair. Nope, my great white hunter is into all things outdoors. Hunting (including field dressing), horticulture, marksmanship, carpentry, beekeeping, raising livestock—you name it, he’s into it. Recently, he’s been watching shows like Best Defense, The Colony, and this new gem from the National Geographic Channel–Doomsday Preppers. Have you seen this show!? The camera crew goes out to visit different groups, families, and individuals who are preparing for the end of the world by stockpiling weapons and food, creating impregnable fortresses for themselves, learning to live off of weeds and sticks, and coming up with creative ways of generating power using pig poop and recycling their own pee for drinking water. Honestly, I’m not kidding. The couple in Texas they featured in the first episode have built their retirement home using eight steel cargo containers and have packed away 55,000+ pounds of food in it to date!

These people all go above and beyond and are totally prepared for, as REM put it, “the end of the world as we know it.” When the time comes, they can either bug out (which is a military slang term that means “leave a position because it has been compromised by the enemy”) or dig in deeply and ride out the wave of chaos until it ebbs. Then they creep out like roaches covered in Twinkie filling to rule over the smoldering remains of the planet.

So what does all this gloom and doom have to do with a book list? Well, the creative and amazing staff of The Broke and the Bookish have asked bloggers to list “Top Ten Books I’d Quickly Save In the Event of a Natural Disaster.” Hence, I give you my list of what I call “Bug Out Books.”

For a bibliophile, choosing one’s favorite books is a bit like being asked to choose between your children. Do you go for the ones you’ve read countless times, the old standbys, or do you select a wider range of texts to cover all your bases? If you can only have these books for the foreseeable future, are they going to be enough to keep you entertained and stop you from throwing yourself off a cliff into the abyss of despair!? That’s a lot to ask of some paper and typeset letters. However, I have endeavored to select ten for your reading entertainment.

Book number one would have to be my copy of The Holy Bible. I received it as a gift from my grandparents in 2004, and I have been adding my own notes and spiritual observations to it ever since. It is a record of my Christian walk, but–more importantly–it would be the best bulwark against despair I know of.

Are you all tired of me mentioning Jane Eyre yet? I feel like I talk about this novel every other book list. However, when the world doesn’t make sense or seems cruelly unfair, this book helps. Evil is punished, good is rewarded, wrongs are set right, and realistic happy endings are managed. It’s part feminist criticism, part love story, and part fairy tale with a down-to-earth protagonist who is a true “everywoman.”

Technically, Lord of the Rings is a single book, and it’s one that I could read time and again because of the great narrative as well as the good memories I have associated with it. Yes, that is a leather bound copy of it and The Hobbit you see there beside the hardback copy of The Simarillion. And, yes, the bookends holding them up are miniature versions of the Argonath. I also have a Gandalf/Frodo bookend set on another shelf. I’m that huge a Tolkien geek.

Oh, a bonus reason for taking Lord of the Rings? It has a fully sized, pull out map!!! How freaking awesome is that!?

I’d have to have at least one of my literary anthologies. The Norton is the obvious choice, but I gave my copy of it away to a friend whose apartment burned down—destroying her entire library. It was a fate too hideous to imagine, so I was happy to give her a few of my babies, even my precious Norton. I’d likely go with the Bedford as an acceptable substitute if I couldn’t somehow fit both the first volume of British lit and the volume of American lit in my bag.

Not only is Alas, Babylon the one book Wayne has read in his adult life, it is also a book about…you guessed it…a nuclear war! The characters in it are trying to survive in a small town in Florida after bombs drop. There is a ton of practical advice in this one about smoking meat, canning food, making necessary items, and proper bartering techniques. It’s a fantastic fictional field guide. What could be better?

I’d need something to remind me of how beautiful nature was before the end of the world. Who better than Mr. Frost? This is a collection of all eleven of his published books of poetry–everything from “A Boundless Moment” to “Wind and Window Flower.”

The Greater Journey made the list for two reasons. One, I have yet to read it. And, two, it’s autographed. I also have books autographed by Ernest Gaines, Margaret Atwood, Adrienne Rich, and Randall Kenan as well as autographed book jackets from Stephen King and Dean Koontz.

I won a copy of each of Mr. McCullough’s books from the publisher last year, and this one came with his signature in it. (At the risk of sounding like Rex from Toy Story, “In permanent ink, too!”

Once again, a need for order is resolved in Pride and Prejudice, so it would be one of the few books that could calm me down. When you’re bugging out or digging in, it would be nice to read about characters in a world where their biggest problems are their marriageability and what dress to wear to a ball. I am fully aware that I’m oversimplifying Mrs. Austen’s great novel, but you know what I mean, right?

If a pack of marauding Vikings couldn’t totally eradicate this Beowulf, I see no reason why a little nuclear fall out or complete meltdown of the power grid and/or financial system should either…at least not while I’m around to stop it. Otherwise, how else would the world remember Grendel, his mother, or the great epic hero himself?

I know I’ve mentioned this book before, but it fits in this list as well. For some reason, I like to read themed books. If I’m going to the beach, I want to read a book that has something to do with water while I’m either there or travelling to and fro. Heading to France? I simply must read The Hunchback of Notre Dame. A train trip means Murder on the Orient Express. Roland is a man on a quest, a pilgrim without a goal other than the Dark Tower, so with a long, uncertain journey in front of me, this would be the perfect themed read.

12 thoughts on “Bug Out Books” 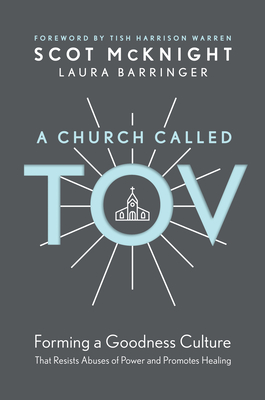