It seems like the news has been a veritable cornucopia of awful lately. Everything from the IRS targeting certain groups claiming tax exempt status and spying on reporters to the whomperjawed situation surrounding Benghazi leave me wondering if a move to Bora Bora wouldn’t be advisable. Add the Jodi Arias and Kermit Gosnell trials, and I’m left wondering why God has any patience with us at all.

But it’s the Gosnell verdict—and the reaction to it—that most piques my interest. I am glad he is being brought to justice for his crimes and that another pro-life legal precedent has been added to the books. However, I can’t help but feel that Christians, by and large, missed an opportunity to witness to the world when his guilty verdict was announced.

I don’t read the comments and discussion threads that follow articles because they’re usually a cesspool of hatred and vitriol. (And yes, the purple prose is merited. Go read a few threads sometime. You’ll see. It makes me lose faith in humanity.)

While I wish I could say believers fare better in this department, when it comes to hot button issues like this, we’re just as bad as non-Christians.

The comments ranged from those who were glad justice had been done to folks who were more than a little happy to “gouge out the other eye” themselves. Comments like, “There’s a special place in hell for this dog of a devil. I hope they vote to send him there soon” and “I hope they snip his spinal cord with scissors” just left me shaking my head.

I’m glad that abortion is being addressed in a new light and that this trial (and the awful details that were revealed during it) made many women considering abortion change their minds. I’m glad a man like Kermit Gosnell is no longer practicing “medicine,” if that term can be applied at all. But the thought that has stuck with me, that has resonated longer than my disgust is this—God’s grace will always be greater than sin. It is great enough to cover this man who has done things most of us find unspeakably horrifying, and if Mr. Gosnell truly accepts Christ as his Savior today, tomorrow, or the day of his death, I will see him in heaven along with my family and friends. He, like the vineyard laborer hired in the eleventh hour, can expect the same rewards I do because God’s grace is His to do with as He sees fit.

The thought humbles me, but apparently, some folks don’t agree. Over dinner a week or so ago, I discussed this revelation with a friend, and she recoiled from me like Kuato had grown out of my abdomen.

“I don’t agree with that at all,” she told me. “I can’t imagine that THAT man can go to heaven the same way I can…especially after all he’s done.”

The debate went back and forth and finally ended with, “We’ll just have to agree to disagree on this point.” And her refusal, I think, stems from two sources. The first is that she believes, like many people, in hierarchically arranged sins. Some, like little white lies or envy, are minor infractions. After all, don’t we all commit them? So that makes them hardly worth confessing in prayer. Yet the whammer sins—murder, adultery, theft, and the like—are somehow beyond the pale. What we forget oftentimes is that sin is sin is sin.

Dante wrote entire books detailing a very elaborate system involving the levels of the inferno, purgatory, and paradise, but none of it is biblical. Truth is, there is no sliding scale, no ranking system, no way for us to justify our judgment of one another. We want to believe that if we only commit minor ones, we’re good on our own and don’t need grace, but that’s not true. James 2:8-10 tells us, “If, however, you are fulfilling the royal law according to the Scripture, ‘You shall love your neighbor as yourself,’ you are doing well. But if you show partiality, you are committing sin and are convicted by the law as transgressors. For whoever keeps the whole law and yet stumbles in one point, he has become guilty of all.” Yeah, one sin is just as great as another. And all of them separate us from the Lord.

But that’s where grace comes in.

For those who accept Christ as Savior, there is no reason to worry about the law. Yes, we should always strive to do those things that are pleasing to God and avoid those things He hates. But the sacrifice Jesus made on the cross wiped the record books clean and made it possible for us to be truly free and enjoy a relationship with the only One who is worthy of praise. We had nothing to do with it.

The second reason she couldn’t understand the idea of grace applying to Gosnell is the allure of work-based salvation. She said more than once, “I’m a good person. He is not a good person.” She listed all the right things she had done as well as all the wrong ones she had avoided. In her mind, her faith was more valuable because of what she did (or didn’t) do when the truth is the only reason we have value is because of who Christ is and what He has done. None of us is innocent. None of us can hurl stones at a fellow sinner because, if we’re willing to look closely enough, we’ll see that we’ve done something just as awful as far as God’s law is concerned (John 8:1-11). That’s why we should fall down on our faces before Him and thank Him for the grace and mercy He’s shown us rather than point fingers at one another. He gives us hope and purpose in a world that can offer us neither, and that’s what we should be shouting about.

Before we parted ways, my friend told me that I was foolish for thinking that a man like Gosnell would ever be saved. He was a murder. He was evil. He had done unspeakable things, and God wouldn’t dare use such a wretched human being to do His work here on earth.

But all I could think about was the apostle Paul—a man who, when he was named Saul, was a persecutor without equal. He went after Christians, be they men, women, or children, “breathing threats and murder against the disciples of the Lord” (Acts 9:1). He sanctioned (and perhaps even participated in) Stephen’s stoning. But God saw fit to smack him down on the road to Damascus and change him forever (Acts 9:1-31). And what did He use Paul to do? To preach to the Gentiles, to plant churches in cities across Europe and the Middle East, and to write over half of the books in the New Testament.

God took a murderer of Christians and turned him into one of the most powerful and persuasive warriors of the faith. Millions upon millions have come to salvation because of Paul’s writings, and we continue to study and learn from them today. If God can change the world to such a degree with one man, who are we to say he can’t do it again with one who is just as feared, just as reviled, and just as lost in his own incorrect beliefs? That’s the story we should be telling on those message boards. That’s what people need to know about.

I’d be interested on hearing your thoughts on this topic. Do you agree with my friend or me….or have another opinion entirely? Please share your questions and ideas in the comments section below. I always look forward to discussions! 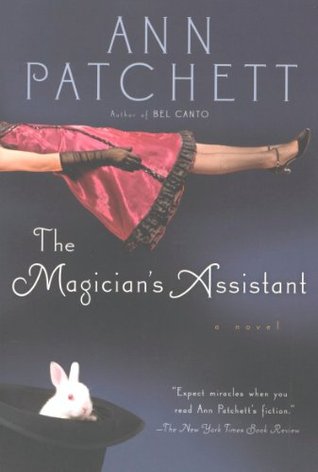