I used to half-jokingly tell my students, “When everything feels upended in your life, there are three people whose goodness you can count on: Captain America, Shirley Temple, and Atticus Finch.”

But now it seems one of those three has been knocked down into the dirt with the rest of us.

With all the sturm and drang surrounding the release of Go Set a Watchman today, it’s easy to forget this book is basically an “outtake reel”—a first draft of one of the most beloved novels of all time. Like millions of other readers, I have long cherished Harper Lee’s book because of its lovely prose, its crisp characterizations, and above all for Atticus Finch. He was the character who inspired millions to be better than themselves, to love justice and seek kindness. And I am unable and unwilling to give him up.

Albert Burneko has best expressed what I’ve been feeling on the subject. He writes:

If the idea that Atticus is a secret racist strikes you as jarringly inconsistent with the character you encountered in To Kill a Mockingbird, do not feel as though you must read this new book to figure out what’s right. The Atticus you have known belongs to you; you created him. Some of your raw materials—just some of them—came from Harper Lee’s words, some of them came from your own life and experiences, and some of them (probably, let’s be real) came from Gregory Peck’s performance in the wonderful 1962 film adaptation. You combined them in your head and made an Atticus, and you know what he’s like.

I’m with the French literary critic Roland Barthes on this one. In his 1967 essay “Death of the Author” he posited that literary works are “eternally written” with each re-reading because the “origin” of meaning lies exclusively in “language itself” and the impressions it makes on those who interact with it. Hence, what the author meant doesn’t matter—only what the reader draws from it does.

Atticus Finch left a deep and indelible mark on my life, and it doesn’t matter what Harper Lee intended. It doesn’t matter what the cash-grabbing lawyers and publishers do. Atticus can and will always be what I believe him to be. And in my mind he is just, loving, wise, and ever full of grace, all qualities that are still sorely lacking in this tired old world of ours.

I’ve also been brought low by the undercover video that was released today by the Center for Medical Progress. It features Deborah Nucatola, Planned Parenthood’s senior director of medical research, blithely discussing the sale of fetal tissue harvested during abortions while she enjoys a delicious salad and glass of red wine.

I’ll spare you the gory details, but at one point during the video she states, “A lot of people want liver,” for medical research, “and for that reason, most providers will do this case under ultrasound guidance, so they’ll know where they’re putting their forceps.” She continues, “We’ve been very good at getting heart, lung, liver, because we know that, so I’m not gonna crush that part, I’m gonna basically crush below, I’m gonna crush above, and I’m gonna see if I can get it all intact.”

In my mind, this apathetic dismissal of human life is no different than the white jury deciding to hang Tom Robinson in order to preserve the racist status quo. In both cases, life is being squandered and wasted, chewed up and spit out by a cruel world that is no respecter of persons be they black or white, born or unborn. Atticus Finch couldn’t change hearts and minds when it came to race, and I doubt that video will change public opinion regarding abortion. The world is still dark, and there is no evidence that the light will dawn any time soon.

But thankfully my hope is not in Atticus Finch. And it is not in the Center for Medical Progress. It is in Jesus Christ and him alone.

Like David, I can say, “For God alone my soul waits in silence; from him comes my salvation. He alone is my rock and my salvation, my fortress; I shall not be greatly shaken” (Ps. 62:1-2). Like the hymnodist Edward Mote, I can sing, “My hope is built on nothing less than Jesus’ blood and righteousness. I dare not trust the sweetest frame,
but wholly lean on Jesus’ name. On Christ, the solid Rock, I stand; all other ground is sinking sand.”

So no, I will not read Go Set a Watchman. Instead, I will re-read my dogeared copy of To Kill a Mockingbird and treasure the version of Atticus Finch I have come to know and love, the one I have admired since I first read the book—when I was barely older than Scout myself. But I will not worship him.

Thankfully, my joy is not contingent upon the stature of a fictional character. Its source is the Savior—one far greater, more just and loving and full of amazing grace than I could ever imagine. 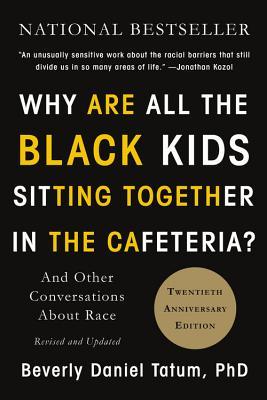