I read a blog here on WordPress this morning about everyone’s favorite “Booty Shakin’ Believer,” Beyoncé. The author of said blog claimed the following:

…[I]f the goal is to touch the un-churched, I think Beyoncé has the right idea. Sending moral messages via the contemporary art form of the day is like sowing new seeds of life into a community void of a Judeo-Christian worldview. It is like a drink of fresh water in the scorching desert of life.

The statement got my gears to clicking much too quickly for a Monday morning, and the more I chewed on the thought, the more I felt it getting firmly lodged in my craw. Beyoncé apparently prays for her cast and crew before going on stage and did Bible studies when she was younger; however, in my mind, those could just as easily be meaningless gestures as they are meaningful acts of witness. After all, what game winning wide receiver or award winning actress hasn’t uttered the phrase, “First, I’d like to thank God for giving me the talent to…” when giving an acceptance speech?

I look at what someone does as well as the words of her mouth to ascertain her true beliefs. According to Beyoncé in an interview with The Son, a Christian newspaper:

I never mixed Christianity with how I felt [about God]. I am about faith and spirituality more so than religion. Doing right by others and not judging. The thing that keeps me grounded is knowing that I’m always protected and that God is in control of things. Even the name of our group, Destiny’s Child, we got out of the Bible. . . For me it is about the way I carry myself and the way I treat other people. My relationship and how I feel about God and what he does for me is something deeply personal. It’s where I came from. I was brought up in a religious household and that’s very important to me.

Something about this statement sets my teeth on edge. She seems to be saying the right things–God is in control, treat other people well, have a relationship with God. However, it’s the second sentence that sets the alarm bells to ringing. “I am about faith and spirituality more so than religion.”

She’s correct in one way; religion is not God. Being a Baptist doesn’t make me a child of God. My relationship with Him does, my acceptance of God as my Savior and Master of every single aspect of my life. However, she seems to be taking another tack with the idea. For her, it seems to mean that she’s accepted that there is a God and that, by and large, He means for her to live a happy and fulfilled life. Therefore, in return, she must be good to others and “carry herself” a certain way. That sounds closer to the concept of Karma, something associated with Hinduism, Buddhism, or even Sikhism rather than a tenet of Christianity.

The video that garnered the most flack and (in some Christian communities) praise was her hit “Single Ladies (Put a Ring on It).” Many Christians took issue with her attire, her dance moves, and the overall tone of the song. However, others saw it as a ringing (no pun intended) endorsement of marriage before sex and used it to teach their daughters about the value of chastity and the preservation of virginity. However, I’m not going to rehash this old territory.

While searching through her videos on YouTube, I came across one for one of her newest singles, “Run the World (Girls).” Like many of her other videos/songs, it gives me great pause.

In essence, the meaning behind the song is “Women run the world because they have what men want,” meaning, of course, sex. Women can work for their own money, not be dependent on a man, and still make demands of men because all the money in the world can’t replace this one thing men crave. The military/Mad Max overtones of the video coupled with the aggressive dancing and animals on chains reflects the rapacious nature of this new woman who asserts, “My persuasion can build a nation. Endless power, the love we can devour. You’ll do anything for me.”

What is a young girl supposed to think with images like this flashed before her on television and the Internet? She hears someone say, “Beyoncé, oh, she’s a Christian” and sees this same woman dancing seductively and using her sex rather than her mind to get what she wants. What are the two options the girl can assume? 1.) Beyoncé is a Christian and does this, so it must be okay or 2.) Christians say one thing and do another, so I don’t think I want to be one of them. Either assumption is going to send that child down the wrong path, the former a more slippery one to be sure because it has the trappings of righteousness and the mantle of Christianity attached to it.

Later in the interview with The Son, Beyoncé claimed that there’s no double standard regarding her faith and her performing style. She claimed:

I honestly believe [God] wants people to celebrate their bodies so long as you don’t compromise your Christianity in the process.

I am not a Bible thumper who believes all dancing and celebrating are immoral acts; however, I fail to see how videos like “Run the World (Girls)” don’t fall under the “compromising my Christianity” umbrella. I don’t see a Christian who is following the will of God when I watch this video. She is dancing not as David did, to celebrate God’s benevolence and majesty, but to attract fans both male and female who both want her and want to be her.

In James 4:4, James tells the Jewish Diaspora, “Adulterers and adulteresses! Do you not know that friendship with the world is enmity with God? Whoever therefore wants to be a friend of the world makes himself an enemy of God.” In short, you cannot sing about what the world sings about, dance the way the world dances, and lust after the trappings of the world and also be of God. It’s a classic case of trying to serve two masters, which cannot be done. This is why James continues in verse eight, “Draw near to God and He will draw near to you. Cleanse your hands, you sinners; and purify your hearts, you double-minded!”

This double-mindedness is what is slowly killing the Christian church in the United States; we are sacrificing our standards in order to bring new Christians into the fold. But what we’re doing is not building up the faith of these new believers; rather, we are watering down our beliefs so as not to offend them. We should be worried less about who we offend and worried more about who we can bring to the Lord that they might be saved.

This is why I cannot say that Beyoncé is acceptable for young girls to admire. I can tolerate her behavior even less than someone like Lady Gaga, Nicki Minaj, or P!nk. These women, as far as I know, were not raised in Christian households as Beyoncé claims to have been. Unlike her, they were not brought up hearing the Word of God, well aware of what is expected of a Christian. The fact that she is willing to completely eschew what she knows to be right and pleasing to God in favor of what pleases the world speaks volumes about her faith and her relationship with God. This is not a personal opinion or one formed according to my own tastes. I garnered it from scripture.

In 2 Peter , the apostle Peter warns against compromise and the tarnishing of Christian witness by being too closely aligned with the world and falling prey to what he calls “false teachers.” He writes:

For when they speak great swelling words of emptiness, they allure through the lusts of the flesh, through lewdness, the ones who have actually escaped from those who live in error. While they promise them liberty, they themselves are slaves of corruption; for by whom a person is overcome, by him also he is brought into bondage. For if, after they have escaped the pollutions of the world through the knowledge of the Lord and Savior Jesus Christ, they are again entangled in them and overcome, the latter end is worse for them than the beginning. For it would have been better for them not to have known the way of righteousness, than having known it, to turn from the holy commandment delivered to them. But it has happened to them according to the true proverb: “A dog returns to his own vomit,” and, “a sow, having washed, to her wallowing in the mire. [Emphasis mine]

If someone is truly saved, he or she has no desire to turn back to the same lifestyle he/she lived before. To know what true freedom from sin and death is only to turn back to its ways and trappings is worse than blind disobedience. The world doesn’t know any better, but a Christian should.

If the Christian church does not stand up to these double standards and tell the world, without hesitation, “This is NOT what it means to be a child of God” and then offer the truth, there’s no hope for us. We’re already so lukewarm and vapid in many congregations that we’re utterly indistinguishable from the “un-churched” so many are worried about.

Don’t believe me? Check out this article about Katy Perry, the performer responsible for “I Kissed a Girl.” Please note that it is posted on a so-called Christian website called “Beliefnet,” a repository of all kinds of “feel good” dogma. Honestly, it’s like a Golden Corral of religions—take what you want from this bar and this one until you find the belief that fits your worldview rather than you conforming to the will of God. The thing has a quiz you can take called the “Belief-O-Matic” if you’re having trouble deciding between faiths. This site makes it blatantly obvious that, to many, Christianity is a choice, one as easily wriggled out of and discarded as a wet bathing suit. And that is not the message we should be proclaiming to the nations.

So to those who think it’s acceptable to support artists who claim to be Christians just because they espouse the faith, I say you’re wrong. We are not meant to be like the world or liked by the world. To be of God means the world will despise you and try to tear you down, not fill your arms with Grammy Awards and platinum records. Jesus never claimed otherwise. Instead, he warned His followers:

If the world hates you, you know that it hated Me before it hated you. If you were of the world, the world would love its own. Yet because you are not of the world, but I chose you out of the world, therefore the world hates you. Remember the word that I said to you, ‘A servant is not greater than his master.’ If they persecuted Me, they will also persecute you. If they kept My word, they will keep yours also. But all these things they will do to you for My name’s sake, because they do not know Him who sent Me. If I had not come and spoken to them, they would have no sin, but now they have no excuse for their sin. — (John 15: 18-22) 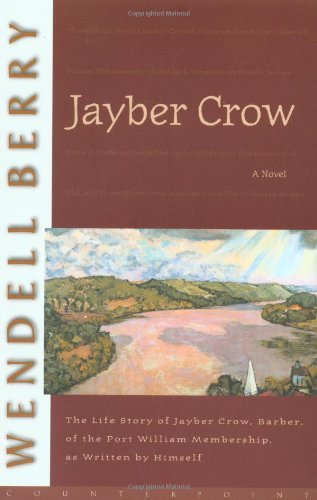