I want to begin this post by saying that I am not an expert in musical theory. I took two or so semesters of it in college, and struggled throughout every single moment of it. (I did, however, earn an A in both Theory I and Theory II, which is a testament to my scholastic work ethic!) I’m all ears if you have websites, videos, or books you know of that can help me learn terms to better explain what I’m about to say.

People are always saying, “The Lord told me” or “I heard the Lord say,” which strikes me odd. I’ve never sat down and had a conversation with the Almighty, but I can tell you that He does “speak” to those who are willing to listen. Some hear His voice when they look on a beautiful landscape; others find Him in the order of nature and its creatures and cycles. I have come to find that God speaks to me through music in two ways. The first is through the sheer beauty of song. Music used for worship lifts me up out of myself and connects me to Him in a way that words (my other great love) simply cannot. It reaches me on a more unvarnished, vulnerable level on which artifice and masks are unnecessary.

Take the “Hallelujah Chorus” from Handel’s masterwork, Messiah, for instance.

Everyone knows it, has maybe even sung it either for fun or for a performance, but not very many people know about the oratorio as a whole. Messiah is divided into three parts. The first tells of the prophecy of the Messiah in the book of Isaiah and extends through the annunciation of His birth to the shepherds. The second tells of Christ’s death, resurrection, and ascension as well as the spread of the Gospel around the world, and the third tells of the resurrection of the dead and Christ’s glorification in heaven. The “Hallelujah Chorus” occurs at the end of part two, and in the scene before it, the people of the world have rejected the Gospel and have instead chosen to battle it and one another. However, when this piece begins, the gates of heaven have opened where all can see Christ glorified.

The people you see standing up in the audience are doing so in keeping with the tradition supposedly begun when King George II first heard it performed in London. According to musical lore, the king was so moved by the revelation he heard that he stood up early in the chorus and remained on his feet throughout the piece. Whether or not it is true, folks who know their musical history stand from the moment the piece begins. It’s a great tradition, regardless of whether or not it’s totally accurate. If there was ever a moment worthy of getting to one’s feet, this is it, my friends!

The other thing about music that reveals God’s voice to me is the undeniable logic of it. I’m not getting into major and minor, diminished or augmented here. There’s simply not enough space in the world to discuss all that. Suffice it to say there is a great deal to be garnered from learning about the Circle of Fifths and Pythagorean Tuning; both can teach you just how logically arranged sounds are. There is no happenstance with music. Pitches vibrate in harmony with one another to create pleasing sounds, and dissonance is all the more beautiful because it shows what can occur when God’s balance is not maintained. That relief you feel when a chord resolves into harmony is God revealing Himself to you!

Music is mathematical, and that is where my ability to explain it to you comes to a screeching halt. I am mathematically inept and can in no way explain mathematical relationships in music. If you are interested, try a book like Math and Music: Harmonious Connections or The Math Behind the Music. The basic point I’m trying to make is this–just because He isn’t using words, it doesn’t mean that God doesn’t speak and present Himself to us. We only need to understand the language He’s choosing to employ.

Here are two videos that have made the rounds on YouTube and Facebook recently, both of which might better explain what I mean. The first is a musical presentation of the mathematical constant, ∏ (otherwise known as pi), or the ratio of the circumference to the diameter of a circle.

However, tau, the circumference of a circle divided by the radius, can also be represented musically.

I find it interesting that both of these irrational numbers measure a circle, one of the greatest symbols of love and continuity I know of. By the way, for those of you who, like me, are absolute crap at math, here’s what an irrational number is according to Wikipedia.

An irrational number’s value cannot be expressed exactly as a fraction, the numerator and denominator of which are integers. Consequently, its decimal representation never ends or repeats.

Think of it! These numbers that measure a circle never end or repeat, just as everything God creates is unique and specially designed, and that includes you and me. None of us have the exact same fingerprints or retinal patterns, so, in a way, we are like these numbers in that we never repeat. I’m not even going to pretend I’m intelligent enough to understand the level of mathematics involved in this, but once I listen to the beautiful melodies contained within the decimal places of these two numbers, I cannot help but think that the same beauty is hidden in the construction of all living things, but because of our sin and fallen nature, we can only hear a fragment of what God is saying to us. Happily, that does not have to be the case eternally! Jesus Christ is returning, and all will be as He intended for those who have accepted Him as their Savior, the one who paid their sin debt.

One of my favorite poems is John Dryden’s “A Song for St. Cecilia’s Day.” It was written to celebrate St. Cecilia, the patron saint of music and speaks of the beauty of music, the creative power of God, and the Second Coming of Christ. It reads:

The trumpet’s loud clangor
Excites us to arms,
With shrill notes of anger
And mortal alarms.
The double double double beat
Of the thundering drum
Cries, “Hark, the foes come!
Charge, charge, ‘t is too late to retreat!”

The soft complaining flute
In dying notes discovers
The woes of hopeless lovers,
Whose dirge is whispered by the warbling lute.

Sharp violins proclaim
Their jealous pangs and desperation,
Fury, frantic indignation,
Depth of pains and height of passion,
For the fair disdainful dame.

But oh! what art can teach,
What human voice can reach
The sacred organ’s praise?
Notes inspiring holy love,
Notes that wing their heavenly ways
To mend the choirs above.

Orpheus could lead the savage race,
And trees unrooted left their place,
Sequacious of the lyre;
But bright Cecilia raised the wonder higher:
When to her organ vocal breath was given,
An angel heard, and straight appeared–
Mistaking earth for heaven.

As from the power of sacred lays
The spheres began to move,
And sung the great Creator’s praise
To all the blest above:
So, when the last and dreadful hour
This crumbling pageant shall devour,
The trumpet shall be heard on high,
The dead shall live, the living die,
And Music shall untune the sky.

In other words, when God created the heavens and the earth as it is told in Genesis, harmony, the “music of the spheres,” is what He used to do so. God spoke, and all things were created. One word from Him, and the “jarring heap of atoms” became ordered, and the greatest of all these orders is man. We are the perfection of God’s celestial symphony. That is why we respond to music as we do, be it from the rousing tones of the trumpet, the mournful sounds of the flute, or the powerful voice of the organ that fills a cathedral and draws our ears heavenward as surely as a vaulted ceiling draws our eyes. Music is anywhere and everywhere around us, and it will be there on Judgement Day when it “untune”s the sky when Christ returns to take His children home.

And with that glorious thought, I’ll leave you to listen to Bach’s “Cantata 140,” which was written for the last Sunday of the ecclesiastical year when one’s mind is on the beginning of the new, particularly the second advent of Christ. You may read the libretto, which was taken from Matthew 25, here or simply listen to the beauty of the music itself.  Soli Deo Gloria! 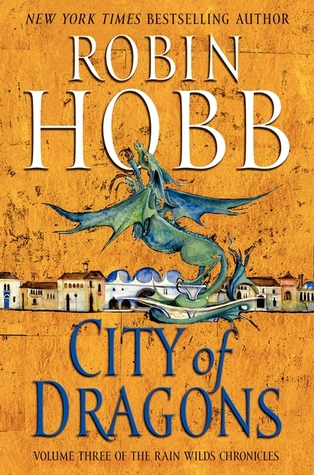