Whether it’s the the political cronyism surrounding the Solyndra collapse, the impending U.S. Day of Rage scheduled to begin on Wall Street tomorrow, or the thought of total strangers giving 16.6 million NFL fans pat downs “from the ankles up” before each game, it’s hard not to feel like the country is slowly collapsing like a flan in a cupboard.

However, the true measure of America’s collective sanity cannot be taken using major social and economic events. Oh, no no. The only way to ascertain whether or not the fuzzy red, white, and blue sweater of America is unraveling is to examine the finer details, the evidence of micro-fissures. You know, those things that show up on the front page of the TMZ or Us! Weekly in garish, hot pink text.

We want to laugh it off much like the young man now famous for making a mockery of the $17.9 million Kardashian/Humphries nuptials. (This kid, by the way, is now my personal hero.)

But, alas and alack, we must begin sweating the small stuff because, well, that’s where the magic happens. And I’m not talking the amazingly wonderful stuff like the trick David Copperfield pulls off with a duck and a bucket. (Click the link. You know you want to!) No, I’m talking about the repugnant, abhorrent underbelly of culture where the social sausage is made.

I give you five pieces of seemingly unimportant evidence that, like Cassandra, predict our doom. But like the Trojans, we just don’t believe what we see and hear.

Yes, this is a set of Truck Nutz. These delightful little beauties, also known as “Truck Balls,” “BumperNuts,” “BumperBalls,” and (my personal favorite) “Trucksticles,” can be seen hanging from many a trailer hitch. I cannot say with any authority that they are more prevalent in the South as I have not traveled “from California to the New York islands” recently, but the fact wouldn’t surprise me. They are available in flesh tone, white, black, red, yellow, green, blue (“for the married man” according to one website), chrome, and (you guessed it) brass. There are even camo colored ones and ones decorated with the American flag. *deep sigh* Thankfully, only a small portion of our society finds these things desirable or amusing, but I found four companies on the Internet making a tidy profit from them.

Yes, apparently everything is about gender these days. Gals long for the supposed “freedoms” of men while the fellas are choosing to be stay-at-home dads. (Please note, I’m not knocking the latter. Some families gotta do what they gotta do. Just relax and enjoy the humor.) We’re not talking the confusion that comes from poorly labeled restrooms. (Think “Blokes and Sheilas” at Outback and “HeShells and SheShells” at Red Lobster.) That’s bad enough. I’m talking products that should not be marketed to one gender doing just that.

According to their website, “Chick Beer is a craft-brewed light beer that doesn’t taste like a light beer.  The flavor is soft, smooth and full-bodied.  Yet Chick Beer magically has just 97 calories and 3.5 carbs. Chick Beer celebrates women: independent, smart, fun-loving and self-assured women who love life and embrace all of the possibilities that it has to offer.”

So apparently, this beer is magic and it celebrates women! (Hey, I just got two free repeater jokes–the magic duck/bucket reference and the second use of anthropomorphism! Bonus!!) I’m sorry, but ladies don’t need a special girly beer to celebrate; regular beer should do just fine. After all, only swill is marketed directly to men using the can’t fail combo of chicks and sports. Quality brew knows no gender.

Men, you’re not immune to this Mrs. Doubtfire nonsense either…

Again, according to the manufacturer, “4VOO (pronounced “forvous”) is an innovative Canadian skin care & cosmetic’s company that offers the luxurious experience of enhancing the appearance, confidence, and allure of men.”

I don’t know about you all, but I don’t know if I want a man to have “allure.” Also, if beer can’t ensure that women will “embrace all the possibilities life has to offer,” there’s no way on earth cosmetics can enhance a man’s “confidence.” Women have been trying to use the stuff for years to enhance that, and we haven’t made it yet either. Moisturizer, cleanser, toner? Sure, I can get behind that. A fella should take care of his skin. But paying $29 for lip maximizing serum, $23 for lash & brow styling glaze, and (get this) $34 for something called “confidence corrector”–well, that’s just folly.

It’s becoming painfully obvious that most of America is eating themselves into an early grave. However, some of us are doing it with greater panache than others. Ladies and gents, I give you two shining examples of gustatory seppuku.

Yes, from the Wisconsin State Fair, the same bastion of fun that brought us deep fried butter, I present a quarter pound of fatty beef, cheese, bacon, grilled onions, and whatever else the cook decides to chuck on there placed between the two halves of a vivisected Krispy Kreme donut. I’m sure it’s good. What’s not to like? It’s greasy, fatty, and sugary all at once. And it has bacon on it.  Come to think about it, I’m sure crystal meth could be described as “enjoyable” too, but you don’t see me purchasing that either.

You know it’s bad when the Brits (who are not known for their dietary good sense) complain about something we’re serving up here in the Colonies. However, their ire is well earned. This frozen atrocity, which is made with whole milk, peanut butter, and chocolate ice cream, also contains 2,000 calories, 131 grams of fat (68g of which is saturated), and 153g of sugar. You might as well begin injecting cellulite into your thighs if you drink this because that’s where it’s going to end up. Even a skinny high school freshman with a metabolism like a cheetah would end up looking like Gilbert Grape’s beloved mother after a dozen or so of these bad boys.

#2–The Embarrassing Lack of Natural Selection in Hollywood

If Darwin’s theories hold water, only the strong should survive. How is it then that so many truly awful actors keep getting jobs…high paying ones at that? Discount the obvious ones like Jennifer “You Saved My Shoe” Lopez,  Keanu “Whoa!” Reeves, and Vin “I’ll Kill You With My Teacup” Diesel.

Shia Le Bouf, aside from having the most annoying name on planet earth next to Lauren Bush-Lauren, only knows one speed when it comes to acting—spastic! He would be the result if Red Bull and Rohypnol had a one night stand and created offspring. Seriously, watching him act is both exhausting and painful. 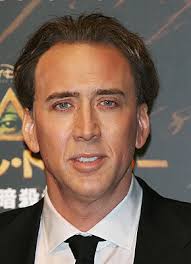 Nicolas Cage is a little harder for me to openly lambaste. After all, the man can act. I’ve seen him do it!! He won an Oscar for a great performance in Leaving Las Vegas. However, being a Coppala and having several worthy film credits to your name (The Rock, Bringing Out the Dead, and Guarding Tess just to name a few) cannot cancel out a poor choice like excessive gambling. This is what placed him hip deep in debt and created the need to make films like Ghost Rider, Bangkok Dangerous, Season of the Witch, The Sorcerer’s Apprentice, and The Wicker Man (a film that, unlike the original, made me cheer when he turned into a human torch).

There are many more actors I could list (*cough *WILL FERRELL* cough*), but I thought, in the sake of fairness, I should include a fem on my list as well. Ever since I saw Kristen Stewart in Panic Room, I thought she took awkward to new levels. However, when you’re playing the part of a girl dying from diabetes who is the product of two wormy people like those Jodie Foster and Patrick Bauchau played, she really didn’t stand much of a chance. Add the literary and cinematic abortion that is Twilight to her resume, and she makes me want to kill myself by eating Clorox wipes. Monotone in the extreme, she’s like the color beige came to life.

Oh, we all love to hate them, that’s for sure. They come in all shapes and sizes and degrees of skankhood. From Nancy Sinatra all the way to Ke$ha (who we have FloRida to thank for), there have been plenty of “singers” who have gotten their big break because someone paid for it. Put some money in, and canned celebrity comes out. How long it lasts is anyone’s guess, but I’d rather listen to William Hung’s greatest hits than the three featured below. I suggest watching the clips in short intervals, and for the love of all that is holy, do not watch them all in one sitting!

Yes, this precious little rapscallion is the progeny of Will Smith and his wife, Jada Pinkett Smith. It’s easy to break in to the biz when both your parents are Hollywood big shots (one in both acting and music). However, that does not guarantee you’ll get a quality song out of the deal. This one always makes me think the video is skipping because of the repeated assertion that she’s going to, you guessed it, “whip her hair back and forth.” Also, I worry about the already endangered preteen brain; all that sloshing around is bound to do damage and finish off whatever Spongebob Squarepants didn’t get.

Oh my, how many times did we hear this little tonal gem this year? It is, quite literally, a song about nothing. I get up, I have cereal, I decide what seat to sit in, and I look forward to the weekend because my life is so jam packed with these meaningful activities that I need a full forty-eight hours to recuperate and do some “partyin, partyin…hey!”

Benni Cinkle–“Can You See Me Now?”

Don’t know who she is? Well, apparently she was “that girl in pink” in the previous video. Basically, she’s a remora feasting on the leavings of a shark. (I tell you, if there is such a thing as “celebrity backwash,” this is it!) Have you ever made a copy of something and then a copy of that copy? What happens? It degrades in quality and clarity. And that’s what we’ve got here. And the original was none too sharp herself.

I wonder if Rebecca Black’s parents got a cash bonus for recommending their daughter’s producer to a friend…..kinda like I do when I send someone to my hairdresser and get $10 off my next cut and color.

So, there you have it, proof that intelligent life is rapidly becoming endangered here in the Land of the Free and the Home of the Brave. Please take issue with me. Argue. Comment. Add to the list.

Together, we can stop the madness.