For those of you who aren’t musicians or who don’t put a great amount of time in “behind the mouthpiece” as we say, you might not realize just how intimate the relationship between a musician and her instrument truly is. Much like one does with a spouse, a musician soon realizes her instrument’s likes and dislikes as well as its tendencies. For example, a certain kind of valve oil may be the only one that keeps everything in working order, or a musician learns to compensate for a certain sticky key for so long that she eventually avoids fixing it. Yes, there is a special bond formed between a musician and the instrument that serves to express the outpourings of her to the world.

Just as many people name their cars, so, too, do many musicians name their instruments. (My yellow Xterra is named “Bumblebee” after my all-time favorite Transformer in case you’re curious.) Some of the names are boring, others bizarre. Many were earned and come with a story to justify the choice. And there are some that simply are so non-sequitur that they cannot be explained. For example, my husband’s first trombone, “Rosie,” earned the moniker because her bell had a rosy colored sheen when polished. Another friend had a tuba he named “Bubba” after the character in Forest Gump because that’s what he said his lips felt like after a long rehearsal. (Don’t blame me if you think that’s racist. I’m just passing the story along!) 🙂 A student I met at Oberlin who played the trumpet named his retinue of them after characters from Lord of the Rings, but I only remember that he dubbed the piccolo trumpet “Frodo” and the Flugelhorn “Gimli.”

Connor. Betsy Ross. Killer. Natty Bumppo. Polly. Starbuck. Subzero. Herbert. Snort. The Grinch. Mahalia. The Dark Lady. Yoko Ono. Salsa Verde. The list could go on and on, and each one would be as unique as the person and the machine she wields.

Because musicians are like crazy cat ladies and one is usually never enough, most players I know have at least two instruments in their homes. While some are obvious pairings such as a flute and a piccolo or an English horn and an oboe, most simply have horns for different purposes. Yes, like Bruce Wayne and Batman and the disparate personalities they represent, some musicians can channel symphonic music only through one and must play jazz in another. Ask them why, and they’ll tell you about the range of each, the sound each produces, the tone each lends to a particular tune. They’ll tell you one “understands” a little better than the other or that one “wants it more.” Don’t panic when they tell you this; they’re not crazy. They’re just musicians…and that means they probably haven’t eaten a good meal in awhile.

So, you’re probably thinking, what’s your instrument look like, and what’s its name? Well, ladies and gents, without further ado, I give you my French horn…

This is the only French horn I own, and he has been a part of my life since my sophomore year in college. The first reason is because, well, there are twenty-two feet of twisted tubing in the average horn, and they’re pretty difficult to make. That means they’re expensive. A good one will cost you anywhere from $2,500 to “I don’t even want to know.” (I’ve seen one listed at $8,000!) My horn professor in college brokered a deal for me with one of the horn players in the Atlanta symphony back in 1998, and I shelled out a whopping $3,500 for him. (Yes, it is a him. I’m getting to why in a minute.)

Also, in case you are unaware, the French horn is universally considered to be the most difficult instrument to play (be it woodwind or brass), and the oboe comes in a close second. Most schools have one sitting in a storage closet waiting for a player, and many teachers convert a trumpet or flute player when they need a warm body to attempt it. Every time I showed up at a new school, there was a great, often minimally used, instrument for me to play.

I remember the day the gigantic box containing my very own horn arrived at our house. I pulled it out frantically, sending a shower of packing peanuts across the kitchen floor, and laid the case out. Let it be ugly, I thought. I know this seems odd, but I’ve always found that instruments that other people deem unattractive often produce the best sound. Typically, they’re older. They’ve been places. They’ve seen how the world works. And like a well-seasoned cast iron skillet, they know how to make good stuff.

Naturally, I was thrilled when I got him. Just look!

If you’re interested in some of the details, I can tell you that this French horn was manufactured by a German company called Hans Hoyer. I have yet to discern what model it is because I cannot find a serial number anywhere on it. The company’s logo is even obscured because the musician who bought it had the bell converted to detach. Yep, the bell comes off, which makes transport a cinch. However, it’s impossible to get the back third slide out when the bell is on. Hence, the same musician also had a spit valve put on. (If you’re a French horn player, you have no idea how valuable that thing is when you’re in a hurry! I can’t live without it now.) The top weld never holds correctly, so I’ve secured it with a little tape. Classy, huh? The thumb trigger is unlike any I have ever seen before, and, as you can plainly see, the horn is not lacquered. It has no shiny covering that usually attracts people to an instrument.

Yes, by comparison, my horn is a little…if you’ll forgive the pun…lackluster. And I have to admit that when my husband and I were planning on a photography shoot involving both our instruments, he was not my first choice. I borrowed a friend’s horn that would photograph better. (Hangs head in shame.)

My French horn, despite my great love for it, did not have a name until recently. However, after some deliberation, I decided to give him a moniker befitting his character….Rochester.

Yes, I named my instrument after a character in my favorite book of all time, Jane Eyre. For those of you who have never read the book (shame on you), Mr. Rochester is the broody, Byronic hero and love interest of little, plain Jane. He is not attractive in the traditional sense, but he is mesmerizing all the same. Here, I’ll let Charlotte Bronte do the talking. Here’s how Jane describes her beau in a few words…

Most true is it that ‘beauty is in the eye of the gazer.’ My master’s colorless, olive face, square, massive brow, broad and jetty eyebrows, deep eyes, strong features, firm, grim mouth,–all energy, decision, will,–were not beautiful, according to rule; but they were more than beautiful to me: they were full of an interest, an influence that quite mastered me,–that took my feelings from my own power and fettered them in his. I had not intended to love him: the reader knows I had wrought hard to extirpate from my soul the germs of love there detected; and now, at the first renewed view of him, they spontaneously revived, green and strong! He made me love him without looking at me.

Nature meant me to be, on the whole, a good man, Miss Eyre; one of the better kind, and you see I am not so. You would say you don’t see it; at least I flatter myself I read as much in your eye (beware, by-the-bye, what you express with that organ; I am quick at interpreting its language). Then take my word for it, — I am not a villain: you are not to suppose that — not to attribute to me any such bad eminence; but, owing, I verily believe, rather to circumstances than to my natural bent, I am a trite commonplace sinner, hackneyed in all the poor petty dissipations with which the rich and worthless try to put on life.

Rochester, on the whole, is one of the most hard-to-love and impossible-to-resist characters in literature. He’s dark, he has a past as well as a temper, and, above all else, he’s passionate. There’s a richness and a a depth to him that many heroes in other novels lack. He’s scuffed up and worn around the edges because life hasn’t been kind. However, the depths of his heart are seemingly endless, and there’s something about him that is wounded and vulnerable as well.

My French horn has the same look and, more importantly, the dark sound that comes out when I play (which makes me sound a lot more talented than I really am by the way) makes me think of the character after whom it’s named. Sonorous, pensive, and rich–it is all that and more. I’ll never be able to play it as well as I’d like or as well as it deserves. Perhaps my horn by any other name would sound as sweet, but I doubt it.

How about you? Is there a special object–an instrument, car, or something else–that you love and have given a special name? I’d love to hear about it in the comments. Pictures are great, too!!

For those of you who have never heard a French horn, I give you my favorite horn solo of all time–the second movement of Tchaikovsky’s Fifth Symphony (Andante Cantabile). 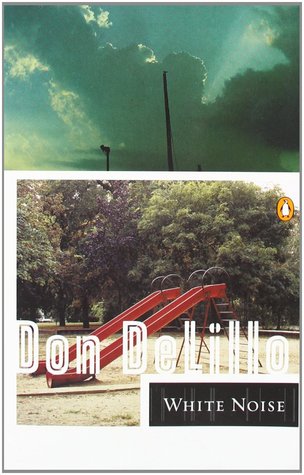