The day after Thanksgiving, I sat my uncomfortably overstuffed fanny in one of my parents’ equally overstuffed armchairs fully intending to zone out to whatever football game I could find. That’s when I noticed a can my grandmother had left on a nearby table. The label got me to thinking–a dangerous pastime, especially when one has a stomach full of dressing and yams.

Maybe it’s because I don’t often eat cashews or because the starkness of the generic label made it more apparent, but I never noticed the clever use of the verbiage “and pieces” before. However, a quick consultation of The Google confirmed that most brands do in fact use this phraseology.

Is it just me, or does this seem like a cop out? After all, there is no such caveat on a jar of peanuts, a bag of walnuts, or even a single-serving snack pack of pistachios. (Believe me, I looked. Don’t judge, I was facing a six-hour car ride home and had a fully charged iPhone for research purposes. I can think of less constructive uses of one’s time, only some of which involve a Kardashian.)

Why do the canners of cashews cover their bases so thoroughly? Was there once an irate consumer who felt he had been sold a faulty product and sued hardworking, honest horticulturalists because there were more pieces than halves? Whatever the reason, one thing is blatantly obvious…

Halves + Ampersand + Pieces = Manufacturer is legally absolved of quality control and painstaking shipping practices. After all, the packaging makes no bones about the fact that some of your nuts will arrive in less than pristine condition. If other manufacturers were this truthful about their products, bags of chips would have “& air” at the end. Shampoo manufacturers would finally have to admit what’s in their overpriced bottles is as much “& water” as it is soap.

So maybe it isn’t a cop out. There is something noble about the proclamation “& pieces.” No one is perfect after all, so why should we expect that of nuts? Cashews somehow seem more humble and unassuming for their willingness to admit their weaknesses, their penchant for falling short at times. I can’t imagine Brazil nuts or almonds being so high-minded. Hazelnuts are all too busy trying to be magically transformed into Nutella to worry about ethics, and pecans can’t even decide how they want their name to be pronounced. (Seriously, is it Pee-cans or Pe-cahns?) Macadamia nuts, nature’s ultimate guilty pleasure, are so fatty and delicious they don’t feel a need to justify themselves to anyone. They’re like the Lady Gaga of Nutworld.

Like I said, a full belly coupled with an overactive imagination can be a dangerous thing. But I’ve come to the conclusion that, despite the fact they fall to pieces, there’s no reason to eschew the cashew.

What do you think? Is it nuts….or am I for asking!? Have you noticed any weird or random labels on products lately that made you wonder about the world’s sanity? Link up and discuss below in the comments! 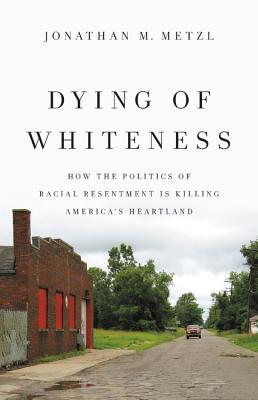