Here’s the piece I’m planning on turning in this week for my creative non-fiction writing class. Please give me feedback and help me make it better!!

When the dog started burying ice cubes, we knew there was a problem. He’d made daily deposits at the Back Yard Bank & Trust since we’d adopted him, but it had been mostly unremarkable stuff. Rib bones, hamburger patties, rawhides, and even the occasional Rice Krispie Treat—all of them strategically placed underground in a cache system only he understood. As far as we knew, dirt and time helped ripen the food and made it more pleasing to our pooch’s palate, so we likened it to decanting a good bottle of merlot in reverse.

Shadow, the canine in question, was a black spaniel mix with wavy ears and feathery feet that bore a striking resemblance to Falcor, the Luck Dragon from The Neverending Story. In fact, that was the moniker I wanted to give him until I was overruled three to one in favor of “Shadow,” one of the most common dog names in the world. (Even then, I knew my creative genius was doomed to be largely unappreciated.) He loved sleeping in sunshine that pooled on the floor, chasing squirrels, and having his chin and belly thoroughly scratched. He didn’t like to bark and would only do it when we teased it out of him with treats, which we didn’t do often. It wasn’t because we were trying to avoid being mean-spirited, oh no. His pitiful excuse for a bark was as embarrassing as a wimpy car horn.

He had likely been abused by the owner he’d fled, so he never liked having his feet or snout held. Still, he was a happy critter in spite of it. In fact, we found that his “wiggle bone” was located not in his tail, but the middle of his back, so his entire hind end wagged from side to side when he was excited. In short, he was a furry, twenty-pound ball of quirks we loved despite a penchant for digging out and his unearthly ability to be between someone’s feet in the most inopportune times.

But the ice. The ice was just damned odd.

Like any puppy, our mutt loved to chew, so we provided him with an array of chomping options ranging from a bear he mercilessly removed every ounce of stuffing from to chew hooves that took him weeks to whittle down. All these things were sacrificed to keep him away from furniture, remotes, and my brother’s size thirteen Air Jordans. The only unsanctioned “om nom” he ever went for was a hundred-dollar atlas my grandparents purchased for a road trip, and he promptly converted it from a slim, glossy paperback into a sea of shredded paper that covered our living room from corner to corner.

Also like your average dog, Shadow loved people food with the same untamed passion tween girls have for boy bands. Any time someone opened the refrigerator—be they visiting suckers or relatives wise to his begging routine—he magically appeared on the other side of the door, waiting for a slice of bologna or a nibble of cheese.

We discovered his affinity for ice quite serendipitously when I dropped a piece on the floor. He gobbled it down before I had time to debate whether to pick it up or kick it under the counter, and as he chewed, it jutted comically from the corner of his mouth like a stubby cigar and made him drool from the cold. Even the sound he made was amusing—a combination of slurping and a racket similar to that made rummaging through a pile of plastic costume jewelry. Naturally, I had Shadow repeat the performance, which got funnier each time, for each member of my family. He took a dozen pieces from our hands, munching until he’d had his fill, then gummed the thirteenth and headed for the back door.

He’d done the same thing with food. If we gave him a hot dog broken into pieces, he’d wolf it down like Joey Chesnutt. But if that same wiener was handed to him whole, he’d stare at it, totally confused. It wasn’t that he didn’t want it; it was more like he didn’t know what do to with such an embarrassment of riches. We guessed the owners who’d been liberal when distributing pain were tightfisted when it came to food or that it had been hard to come by when he was a stray. That’s why anything he viewed as spare vittles was stashed for hard times. The poor thing hadn’t had enough good ones to make the urge unnecessary.

We stood on the screened-in back porch and watched as he trotted out to the base of a lanky pine tree in our yard, dug a shallow hole, and dropped the ice inside. He didn’t ever quite grasp where his toy went when I  hid it behind my back (much less the basic laws of thermodynamics), so like any and everything else he’d hoarded, the shaggy little urchin covered it up assuming it would still be there when he came back.

A few days later, he returned to his hidey-hole only to find it empty, his efforts to retrieve his new favorite snack rewarded with nothing but a dirt-stained nose. Late one summer afternoon when the sun hung heavy in the sky, Shadow dug one hole after another, each pile of earth excavated more frantically than the last, in search of what I imagined he called “crunchycold” in whatever language dogs speak to one another.

To this day, that confused search remains one of my most poignant memories. Many times, I’ve been like that little dog—furtively concealing my treasures in a vain attempt to protect myself from loss and want. And I’ve squandered so much more than money and time, things much more precious for their intangibility. I buried love that I thought might go unrequited in my soul’s earth only to find it had vanished, never lavished on anyone. Those opportunities I was too timid to seize dissolved back into the ether and were given to someone with the balls to snatch them up and wring them dry.

Too often, I’ve mislabeled cowardice as caution and told myself that joy isn’t guaranteed or plentiful enough in life to risk. But the truth is that everything we try to hoard is siphoned away like sand stolen by a relentless sea. It is impossible to genuinely live and leave something in the reservoir, and for those who try, there is no entering into the joy of our Master.

But I had much left to learn about this fact that day. I could only stand there with tears in my eyes and an ice cube melting in my numb fingers waiting to replace what had been lost. 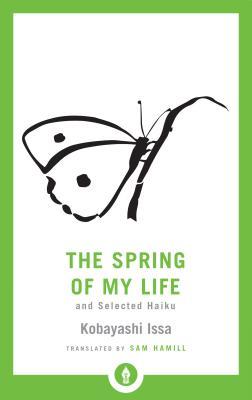