Do you ever have one of those moments when you know, without doubt, that God has a sense of humor? We did this weekend.

Wayne and I were on our way to a rehearsal for Tara Winds, a symphonic band we’ve been honored to perform with this season. Some of our rehearsals are at a high school in Smyrna, but we don’t go there as often as we do other sites. Needless to say, we forget exactly where we’re supposed to turn to enter the school the back way. The reason this is important is so we can access the rear parking lot, which makes getting to the band room a short walk rather than a rather long one through the high school proper.

After two wrong turns, both of which (Wayne claims) were caused by a weak signal and an infuriatingly slow GPS system, we stopped to get our bearings. Tempers were a little hot because we were running late, but they were still well below nuclear reactor meltdown level. (We passed that the fourth or fifth year of our marriage.) It was then that I looked over and saw this street sign on the corner.

For those of you who don’t know. my maiden name was Hill, and, yes, Wayne’s last name (and now mine) is Hughes. Both are fairly common, and while I have seen each of our surnames on street signs before in various cities, I never ever ever have I seen the two of them intersect!

Naturally, I screeched a la Natalie Wood in Miracle on 34th Street. You know the scene? It’s the one where she sees the house she asked Santa Claus for (the one with tire swing in the tree), knows beyond a shadow of a doubt that it’s hers, and screams, “Stop, Uncle Fred! Stop!!!”

I shrieked. Wayne stopped, more than a bit nonplussed as to why I was scrambling out of the passenger seat with my phone in hand, running towards an intersection. However, when he looked up and saw what had caused my brief stint of absurdity, I heard his goodnatured laugh erupt from the car (the one that makes the corners of his eyes crinkle up in a way that melts my heart).

Well, I got out and took a few quick snaps to send to my family. I then hopped back in the car and started thinking about how the sign was a perfect symbol of our marriage. There was a lot of road work around it (as you can see by that jaunty construction orange sign in the background), which is fitting considering all the metaphorical rough road we’ve traveled together. Also, both signs were a little worse for wear (especially Hill Street, which I thought both humorous and apropos). Yet, the two of them were still upright, still screwed together (read that however you wish), and proudly sure of which way(s) they were headed. Not a bad situation at all when you think about it–for the signs or us. Perhaps what Tolkien says really is true, “All that is gold does not glitter, / Not all those who wander are lost; / The old that is strong does not wither, / Deep roots are not reached by the frost.” 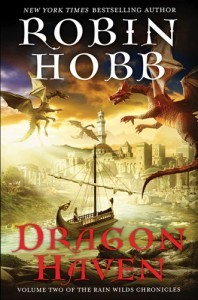