There are times when “God did it” is the only answer that makes sense.

Last Thursday, Wayne and I attended a “Family Meet Up” event in Atlanta. In essence, it was an adoption fair where representatives and case workers from all the regions in Georgia came together with information and flyers about kids who were available for adoption in their areas. The goal? To match prospective adopters like us with adoptees in need.

I expected the event to be interesting but perhaps not overly busy, but every time I’ve gone to a foster care adoption event, I’ve been pleasantly surprised to find the place is full of interested families and single parents. Well, as per usual, this place was packed to capacity, and folks were asking questions, giving and taking names, and making connections like crazy. It was overwhelming to say the least.

Wayne and I visited each booth, each of which had a different theme. Some were simple and cute: a cowboy themed “Adoption Round Up” and another called “Matchup Madness” that was, you guessed it, all about basketball. My two favorites were a Lego themed one called “Build a Strong Family” and a Peter Pan one called “From Neverland to Foreverland.”

Well, we finally got to the Frozen themed booth (“Some People Are Worth Waiting For”), and something interesting happened. No, it didn’t make me like Frozen—that isn’t even a possibility. They had several sibling groups, so we started asking questions of the case worker in charge of finding them permanent homes. We were discussing a brother and sister, and then she dropped a bomb.

In the brochure, it stated that the boy had a “medical condition.” It turns out that condition is cystic fibrosis.

The entire time we’ve been looking to adopt, one thing Wayne and I have agreed on is that we cannot adopt a child with special needs. Our reason? We just don’t have the bandwidth. We both work outside the home and have only a handful of relatives nearby, all of whom are several hours away.

My reaction to this news should have been an audible gasp, a cluck of the tongue, a “Poor baby,” and a subtle return of the flyer to the table. Thanks, but no thanks.

But none of that happened. Instead, I said, “Tell me more. How did they come into care?”

I didn’t back away. And almost a week—and a few hours of research into CF later—I still haven’t stopped thinking about that boy and his little sister. And though everything in me is saying, What are you doing!? This is too much for you to handle. Get real.You’re not strong enough…loving enough…faithful enough…patient enough…spiritual enough, I still can’t quite let go of it.

A few months ago, my CEO preached on the moment in Joshua 4 when Israel crossed the Jordan on dry land and erected twelve memorial stones to remind them of God’s miracle. At the end, he invited each of us to come to the front and select a stone of our own from the pile in front of him. We were supposed to use it either to mark something God had done for us or something we were praying for him to do.

I keep telling God I’d like a little boy and a little girl, ages eight and six respectively.

Guess what the brother and sister we talked to that case worker about are? Yep, eight and six.

Maybe it’s just a coincidence. Or maybe that’s the reason CF hasn’t scared me off yet. I keep thinking about how hard those kids’ lives have been, especially his. Not only does he live each and every day wondering who is going to feed him, shelter him, and take him to school. He also has to wonder if he’ll get his breathing treatment and if someone will help him clear the mucus from his lungs. He has to wonder if anyone will take him to the doctor when he’s sick and get him the many medications he needs. If someone will hold him when the coughing just won’t stop and will love him as their child even though they will be asked to attend his funeral one day.

And the thought of a child being asked to bear all that leaves me furious and brokenhearted at the same time. Me…the woman who never wanted kids and who, even after she said yes to adoption, added the caveat “but absolutely no kids with special needs.”

If that’s not a moment where you have to say,”God did it,” I don’t know what is.

I’ve been praying for God to change my heart, to break it for what breaks his, and to soften it in preparation for all the challenges Wayne and I are going to face. I’m essentially asking him to do what he promised in Ezekiel 36:26-27: “And I will give you a new heart, and a new spirit I will put within you. And I will remove the heart of stone from your flesh and give you a heart of flesh. And I will put my Spirit within you, and cause you to walk in my statutes and be careful to obey my rules.”

I’m starting to realize that, no, I will never be spiritual enough or strong enough. I will never be sufficient for the task to which I’ve been called. But I’m not supposed to be. However, Jesus is all that and more, and recognizing that has given me a peace about our adoption that I’ve not experienced in the many months we’ve been attending classes, filling out paperwork, and meeting with case workers.

I’ve come to understand that a heart of stone doesn’t protect me or keep me from getting hurt. It only prohibits me from feeling the emotions (both good and bad) that I need to experience to become who I am meant to be. God doesn’t give us a heart of flesh only to leave it exposed to the elements and susceptible to wounds. Quite the opposite is true. The apostle Paul tells us, “the peace of God, which surpasses all understanding, will guard your hearts and your minds in Christ Jesus” (Phil. 4:7).

I may not adopt this little boy and girl, but the sudden and inexplicable willingness to do so taught me a great deal about myself, God’s design, and how he does indeed purpose all things—even a headstrong, unwilling mom—for good. 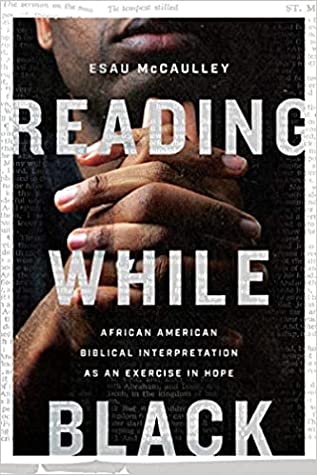