As a proud member of the small but mighty, idiosyncratic group of people called Generation X, I’m a middle child of history. Unlike my cousin, a child who’s always had the Internet, handheld video games, instant downloads, and GPS, I remember life before technology. I remember VCRs, answering machines, and being my parents’ remote control. I remember the method by which we would contact each other in high school, without the aid of cell phones and texting,  if our plans went awry at the last minute. (Remember phone trees and cruising?) If pressed, I could still locate data and create a research paper without the help of a computer. I liked waiting on pictures to be developed to see what I’d captured. I enjoy actually buying CDs to read the liner notes and experience the CD visually as well as aurally. I honestly miss getting letters in the mail.

Suffice it to say, sometimes the world that is opened by the Internet is something that can, at times, cause me to marvel. For instance, with The Herscher Project, my online writing group, I am what I consider to be good friends with a good many people I have never met. In fact, the group’s founder, James Bowers, and I have had many discussions about writing and life in general, and I have confided things to him that I reserve only for friends. I’ve never physically laid eyes on the man, but he’s part of my inner circle despite that fact.

Facebook, despite its many faults and its tendency to brainwash anyone using it who’s under the age of eighteen, has allowed me to connect with people from all the schools I’ve loved and lost in my long journey as a Wal-Mart refugee child. People I’d thought I’d utterly lost track of now inform me about their children’s daily victories and the fun up-and-coming events in their lives with the click of a mouse. It’s like watching a scrapbook being made digitally.

The same goes for this blog. I’ve had people visit here to read my two cents on a given matter, and many interesting things have happened as a result–some positive, others less so. I’ve begun to read the thoughts of others, too. For example, I enjoy the blog Francopolis, written by Michael Franco, a fellow English teacher who is slogging through life like I am, trying to do the best he can with what he has. I root for him, identify with him, and give him support when I leave comments. All this with a man I’m never likely to meet! However, I think my life would be far less rich without knowing he’s out there.

I love the posts from Lovely Shades of Nostalgia written by a young lady who, like me, takes joy in things that aren’t technological. Yes, I see the irony in using technology to write about what technology is missing, but that’s part of the joy, too. Kids like my cousin, those who don’t remember the absolute, make-your-colon-want-to-explode excitement that came over you when The Grinch Who Stole Christmas came one (because it only aired once each Christmas season, not on demand or on DVD) or just how cool having a pen pal in Brazil can be, can read her blog about “the good old days” and understand a little more about a world they never knew existed.

One of my favorite blogs is Accidental Stepmom, a hilarious look at life raising five stepkids when you never expected to have any yourself. The author, J.M. Randolph, is an honest and altogether awesome quirky gal who manages everything with humor and a wry wit that never fails to amuse. I look forward to her updates, and although she and I are fairly dissimilar in lifestyle and ideology, I have found a kindred spirit in her, someone I can look to and learn from.

Here’s where the Kermit playing the banjo bit comes in.

Last week, she had a “photo caption” contest on her blog, and I entered it. You can read all about it here. Well, my caption won first prize, which happily happens to be a $10 gift card to Starbucks. I received it in the mail yesterday, and it even came with a lovely note!

I now have something written in her handwriting, something from this amazing person I might never meet in the flesh but who I know well through the thoughts and stories she takes time to share online. In it, she tells me about her passion for stationary and how she buys too much of it, knowing she can never use it all. The same irrational need to buy it comes over me when I’m in a bookstore. She informed me that she’s been to my new town, Atlanta, and remembers it fondly when the show she was working for played the Fabulous Fox Theater. Most of all, she thanked me for a laugh, something that cost me nothing to provide and gave me great joy to do.

This connection, the exchange of information and happiness, would have been impossible without the technology we have available to us today. While I shun a great many technological trappings such as Twitter because it is impossible to have any meaningful conversation in fewer than 140 characters, I still marvel at things like blogs and vlogs that allow people who might never have otherwise know the other existed the chance to say hello, exchange information, and even send an artifact or two to one another to make that connection tangible. That’s what makes it so amazing to the lovers, the dreamers, and me. 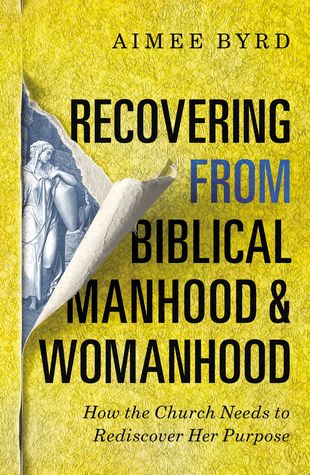