Once upon a time, I was a Christian schoolteacher…

It sounds like the beginning of a C.S. Lewis novel or a somewhat boring fairy tale, doesn’t it? Well, it’s the truth. In my teaching career, I was privileged to work with some of the finest students Florida had to offer and to work with a team of the most amazing educators who ever wielded an Expo marker.

However, I was left scratching my head on more than one occasion by things people, parents in particular, would say. One of my favorite examples was a parent who admitted she and her husband only taught their daughter the New Testament because, as she put it, “God is love, and we don’t want her thinking otherwise.”

I wasn’t teaching the Bible class her daughter was enrolled in that year, so after the obligatory smile and nod, I walked away…her comment firmly lodged in my craw.

My fellow Christians, we cannot simply cherry pick the parts of the Bible we like and leave the rest. We cannot have an incomplete understanding of God’s Word and expect to have the intimate relationship with Him that is required for spiritual growth. Our Lord is omnipotent, omniscient, and omnipresent. He needs no help from us to keep the universe cruising along, and our likes and dislikes do not factor into how He manages things. Would I rather no one I loved ever get sick or die? You bet. However, those “valley experiences” are what bring me closer to God and make those moments I live on “the mountaintop” all the more spectacular and valuable.

Right now, the world is incredibly hostile to Christians because we can’t honestly tell them, “If you just love God and love others, you’ll go to heaven.” We can’t all be like Rob Bell who sells millions of books filled with half-truths and blatant lies. No, we have to be the people who explain that accepting Jesus Christ as your Lord and Savior and “dying daily to self” is what is required.

It’s the spiritual equivalent of a plate of broccoli sitting next to a chocolate layer cake. Which one of those two items would you choose if you were told they got you the same result, spiritually speaking? 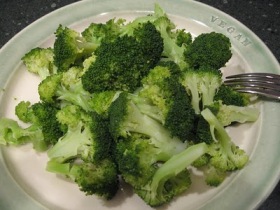 That is why it is essential for Christians not just to believe but also to be able to explain what they believe and why convincingly. A command of the Bible—both the Old and New Testaments—is the key. We have to have it on the tip of our tongues, to understand who wrote which book, for which audience, and for what purpose. We need to have our timelines straight and our verbiage clear. This is not to say that we need to know every name in the “so-and-so begot so-and-so” books of the Septuagint, but we must be able to discuss the very Word of God in a convicting way. Yes, the Holy Spirit is the one doing that convicting through us, but our witness will be bolder and more compelling if we have the text at our disposal.

To prove my point, I’ll give you an example of a moment when I totally missed out on an opportunity to witness because I didn’t have a firm grasp of the Bible.

In 2004, I had just been diagnosed with Multiple Sclerosis. I was scared out of my mind, angry, and often exhausted. The treatment for the disease (steroids) had sucked the wind out of my sails, and depression finished off whatever was left of lil’ old me. However, I had already missed a term in graduate school due to this illness, and I was determined not to miss another. Ergo, I signed up for one course during the summer—Major Authors: James Joyce. (Insert menacing dun-dun-dun music here.)

There were several problems with this choice. Aside from the aforementioned exhaustion that put me at a disadvantage before it even started, the class itself was structured poorly. It was a six-week course that met for four hours twice a week. Pretty intense, right? Now, in six weeks of intense work, how much material would you expect the class to include? One book? Two? The professor decided it would be a good idea to read and discuss Dubliners, Portrait of the Artist as a Young Man, and Ulysses (as well as the Bloomberg reader we were to study with it) in that time frame. I know that four books doesn’t sound like a lot, especially when the first one is a book of short stories. However, allow me to clarify via comparison.

When I was an undergraduate at Valdosta State University, there was a class in Joyce that took place during the sixteen-week semester and met two times a week for an hour and a half each session. They discussed one work by Joyce—Ulysses—in all that time, and the students said at the end of the course that they didn’t feel like they’d covered it thoroughly enough.

Seriously, Ulysses is that difficult. Even for people who love words, it’s a tough

read—one best done with a trusty guide and a llama if you want to get to the top safely.

The missed opportunity I mentioned before the llama tangent came early on in the class while we were reading Dubliners, a seminal collection of fifteen short stories like “Araby,” “The Dead,” and “Eveline” that have been anthologized more times than Joan Rivers has had Botox treatments. The one that got me is story number eight, “A Little Cloud.”

Then it came to pass the seventh time that he said, ‘There is a cloud, as small as a man’s hand, rising out of the sea!’

The professor had no clue about the passage and was more concerned with the body of the text than the title, but I thought I could be clever and wring a little extra meaning out of it. For those of you who aren’t professed word nerds or former/current English majors, let me tell you, knowing something a professor does not or being able to construct a new theory about a literary passage is akin to experiencing The Quickening. We live for it.

I researched the passage analytically, took notes, and prepared my strategy to get the most “ooohs” and “aaahs” for my effort. However, I read the Bible book in isolation. I had no clue what made Elijah so special or where he fit into the overall narrative. In essence, I was using the Bible as a reference text, I had reduced the Word of God to a secondary role in order to discern the words of a mere man, and I was doing so for an entirely self-serving purpose.

I see now that it was doomed to failure. And fail I did. Big time.

In fact, as I attempted to explain the story—the drought, the worship of Baal by the people of Israel, and the change of heart that came because Elijah was willing to stand alone against a nation overrun with apostasy—he became more and more disinterested. I prattled on, not making any point whatsoever, and generally muddying what had seemed to make perfect sense in my head.

David Hasselhoff’s drunken cheeseburger video made more sense than I did.

The story by Joyce has nothing to do with any of those things. Hence, a straight translation makes no sense. (You might want to click on the link above and read the story, but I’ll give you a synopsis just in case you’re not in the mood.)

In this story, Little Chandler, a mild-mannered banker type who loves poetry, is meeting with an old friend named Ignatius Gallaher who he has not seen in eight years. Gallaher is a high roller in the London press world, and seeing him again makes Little Chandler realize that he’s in a prison of sorts, a domestic one involving a boring job, a cold wife, and a child his wife prefers to him. At the end of the story, he is hopeless and comes to the realization that neither his friend nor his family held him back from his dreams of being a writer. It was only his tentativeness that kept him feeling incomplete; he is the one who is to blame.

Now, looking at it knowing what I know now about the Old Testament, the book of 1 Kings in particular, I could draw an analogy between the domestic life/safe job Little Chandler has and the false god Baal. Just as the prophets of that false idol could not call their god to light the fire under the sacrifice, the “prophets” of domestic tranquility or big city living could produce nothing tangible in Little Chandler’s life. 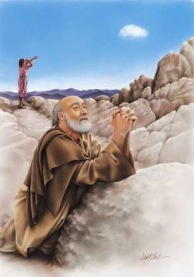 The little cloud in 1 Kings marks the end of a lengthy drought that was brought to an end when the people of Israel turned from idol worship and back to God. However, rather than be encouraged by it, Elijah turns tail and runs when Jezebel, the wife of King Ahab, calls for his death. He, like Little Chandler, was fearful and likely missed out on an amazing time of ministry because he did not trust in God’s provision. Granted, Joyce’s story is in no way religious, and I’m likely missing out on some key points here that could make the connection stronger, but I now know there is something there because I have a better grasp of the primary text.

But my being embarrassed and missing out on an “Ah Ha!” moment isn’t the problem. I don’t regret missing out on that. However, my half-formed attempt to explain the Bible to a group of people who were already prone to naysaying it only did more to reinforce a stereotype they hold dear—that all Christians are half-brained hicks who cannot think for themselves. Who knows what might have happened if I could have been a better, more prepared witness? I’m not saying a revival would have erupted right there, but a seed or two could have been planted that would have born spiritual fruit in someone’s life when it was tended to by other Christians and nurtured by the ministering of the Holy Spirit.

That is why we can never be content with learning only what our pastor’s teach, though many of those godly men are doing an amazing job ministering to their flocks. The simple truth is that nothing can substitute for digging into God’s Word for ourselves, searching for the answers we need and the lessons our Father would have us learn.

Be diligent to present yourself approved to God as a workman who does not need to be ashamed, accurately handling the word of truth.–2 Timothy 2:15