When I was working on my article for the September issue of In Touch Magazine, I stumbled across a lovely tome called Booked: Literature in the Soul of Me by Karen Swallow Prior. Part memoir, part theological treatise, and part literary criticism–it is a marvelous explanation of why books should matter, especially to people of faith. So far, I agree with her. Rather than ban books, we should read every one we can get our hands on because it is one way we can do as the apostle Paul advises—“Test all things; hold fast what is good” (1 Thess. 5:21). She agrees with John Milton’s assertion that books should be “promiscuously read.” This has nothing to do with the sexual connotation we apply to the word today, but instead means that we should engage in, as she puts it, “indiscriminate, disorderly reading. And lots of it.”

I haven’t finished the book yet. In fact, I’m only three chapters in, but I’m loving her mix of memory, story, and application. If you’re a person of faith who loves to read everything you can get your hands on and books have helped shape you into the person you are today, I suggest picking this one up. You might not agree with everything she says, but like the pear on the cover, it’s juicy food…for thought.

One passage in particular caused me to stop, to re-read (at least five times), and to ponder. It reads:

“All words are names, for all words signify something. The power of naming is a subset of the power of all language. God spoke the universe into existence and, in giving us the gift of language, He gave us a lesser, but still magnificent, creative power in the ability to name: the power to communicate, to make order out of chaos, to tell stories, and to shape our own lives and the lives of others.

The Book of Proverbs says that death and life are in the power of words. To choose a good word, to assign the right name, to arrange proper words in the best order: these are no easy tasks. Such work requires the creative power, the brooding, the birth pangs of a mother. Names, words, and language: they shape and create our souls the way a mother’s body shapes and creates our bodies. We describe the country of our origin as our fatherland, but our language we call our mother tongue. Indeed the words that often wield the greatest power in and over our lives are those spoken by our mothers, from our names, to words of encouragement, to words that define and shape our characters, words of truth spoken in love. This power of words is akin to the creative nurturing role a mother plays in our lives.”

There are three separate yet equally important ideas here.

1. God values words. It’s how He made the world, and we can create using them, too. Words are an amazing gift from a God who loves us.

2. Writing is hard. It should be hard because it’s important. And that is a good thing.

**A fourth point I took away from it is that if/when I become a mother, I’d better be careful about what I say, but that’s fodder for another blog.**

My brother and his wife are having a baby girl later this year, so there has been much discussion of names in our family. Some have been quickly discarded, others have fallen in and out of favor, and a few–like bathing suits–have survived the horrendous “three way mirror examination.” Currently, the front-runner is Olivia, which was my suggestion. I have firm plans to call her Olive, buy her love with Disney Princess dolls, and school her in the ways of sarcasm.

After reading this passage, I sat back for a minute and thought about my name. For many years, I wasn’t fond of it, especially my first name. Jamie. It’s really a boy’s name, and I was often referred to as “Mr.” on the first day of classes when the roll was called. (Never a good thing when you’re the tall/fat/awkward girl.) However, the name itself has some meaning in my family. My great grandfather was named James, as was his eldest son, my great uncle. I was named for my great grandfather because he died just a few months before I was born. My mother said he was very excited to meet me, so much so he used to talk to me through her stomach. She attended his funeral while pregnant with me, and it was then that she decided to change my name to honor him. (Until then, she had planned to name me Allison.) I’ve always thought that the choice was rather cool on my mom’s part.

Uncle James, who died last year, was a pastor and served as the minister for my parents, my aunt and uncle, and Wayne and me. He was the spiritual rock of our family for many years, and I’m proud to share a name with him. He taught me what it meant to be a man after God’s heart, to be good and honest and loving. When we attended his funeral, I realized that I’m the last James. And the thought made me more than a little melancholy.

My middle name, Anita, is one I share with my maternal aunt. However, she was not the first to have the moniker. That honor belongs to my great grandmother’s sister, so both of my names actually go back two generations. “Anita” means “graceful,” which is a term I don’t apply to myself. But I do so like the thought. It was the name I asked my teacher to call me in Spanish class because I liked the way it sounded when she said it– “Ah-knee-tah.” It was soft and round in the mouth. Much better than Jamie, which came out “Jai-may.”

Both names are of Hebrew origin, which is another plus in my book, and when I think about where they come from, I realize that each holds something of my family’s history. My mother’s side. The one I resemble both physically and with regards to attitude. I have my great great grandmother’s spunk. A great aunt’s long fingers. A distant second cousin’s sense of humor. And when I think about this, I can’t help but marvel about how talented God is—how He wove together a family and made us alike both in bone and brain, tendency as well as tendon. Each one of us is indeed “fearfully and wonderfully made” by a master Artisan (Ps. 139:14).

Names matter. Words matter. And I’d love to hear yours. Tell me about your name in the comments section below. Do you like your name or hate it? Does your name tell a story? Please share it! Do you feel differently about names because of Ms. Swallow Prior’s quote?

9 thoughts on “To Be Worthy of Our Words” 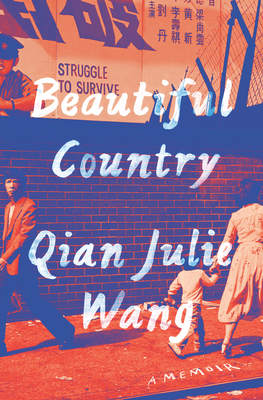